skip to main | skip to sidebar

I'm pleased to report that BCG treatment #3 of 3 for my first maintenance series went much better than expected. 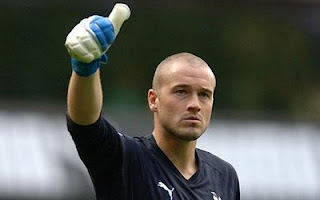 Symptoms started later, were MUCH milder, and peaked sooner than the first two in the series. Since my symptoms from #2 (with a 50% BCG dose) were stronger than #1 (at full dose), Dr. Hopkins said we would drop to a 30% dose. He indicated he was reluctant to go any lower than that, and I concurred - barring new published evidence to indicate lower dosages than 1/3 are equally effective. He also recommended taking 800mg of ibuprofen when I got home, and again before bedtime, to counteract the severe cramping I experienced in the right, lower back and abdomen the last two times.

There was a bit of confusion with the staff on how to prepare the reduced dosage. Dr. Lamm had recommended separating the raw BCG (which comes freeze-dried) and then adding 50cc of water. Mask and gloves could be used, but not necessary. Dr. Hopkins was concerned about the dry BCG being an airborne hazard and inhalation risk, so he had them mix the entire dose. Last week they drew out 50% and replaced with water. This week a different technician was working, and she drew out 30% and added water to THAT part and loaded it into a syringe. Dr. Hopkins had some extra work to do. After emplacing the catheter he attached a large syringe (without plunger), and then emptied the smaller 50cc syringe of BCG into that, to let it gravity feed. He explained that he did not want to "push" the solution in, if the catheter was sitting somewhere uncomfortable. I was thankful, but the process was a bit messy and took longer.

Afterward he authorized another cystoscopy, and allowed us to schedule the BCG treatments as well. He had declined to do this last time, so it seems he is becoming more optimistic about the prognosis for success. So now we have scheduled Judgment Day #2 at 11AM on Thursday, January 22, to be followed by three more treatments on the subsequent Thursdays. The early scheduling allowed us to secure earlier appointment times, so any long BCG days will peak before 10PM - which was very inconvenient this time!

Symptoms were pretty mild in the urine output area, and while the cramping was present, it seems the ibuprofen and/or lower BCG dose took the edge off. 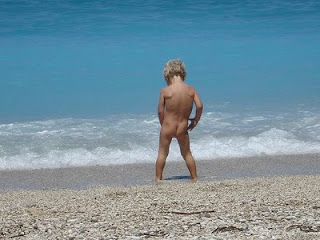 Duration of all symptoms was similar to last week, but the reduced severity was a VERY welcome surprise. Taking it easy today, and fuzzy brain has not kicked in as of yet. Could still happen one or more times in the next 10 days or so. Details of the side effects may be found at the BCG Maintenance #1 BACKUP PAGE.

Bottom line on this first BCG maintenance series? I feel like I have peed an ocean full. I learned something, Dr. Hopkins (and staff) are learning something, and yesterday was not miserable - albeit not a walk in the park. God is indeed good, ALL of the time!
Posted by Steve Kelley

Have a good one.

I got her six monthly sessions of therapeutic massages, and she's used the first already. Guess it was a good gift!

Just checking in; good news with the sound of things. Did you say you get a long break after this round?

Not as long a break as I'd like. I have the rest of November, all of December, and half of January. Then another inspection and 3 rounds of treatment right in the middle of ski season!

Thanks, A Dived Ref, for the birthday wishes. It was a great birthday.

Dude I am on my 4th series of treatments and all I can say is it suck. My first 2 and a half series went fine. Then they had a nurse in training run my catheter and she screwed me all up. After I got home and started the whole at home ritual ,I ended up having to go to the emergency room twice from the pain. As I said I am now on my first dosing of my 4th series, and I am typing to you as I sit on the toilet because I constantly feel like I have to go. I still have a killer pain in my lower back (kidney area) and am seriously about to the point of saying fuck it I am done.

My question for you is did the lowering of the BCG dosage really make a difference? I am in so much constant pain that even taking oxycodone barley helps.

Yes, it made a HUGE difference. See the chart HERE, and read the posts on my second BCG Maintenance series.

Judgment Day #13 for me on May 5- cystoscopy and CT Urogram show ALL CLEAR - now 13 years CANCER FREE!
And just heard from Roy B. in Alabama with an ALL CLEAR cysto and kidney scan on May 4th! God is good, All the time!
Not a lot more to report here due to worldwide focus on one single disease. It's as if cancer does not matter any more. But we all feel differently, and I want to share some awesome news from Scott in South Carolina - his cysto was ALL CLEAR April!

My parents were from a generation that feared seat belts. In May of 2013 they were both ejected from their vehicle (my father would have said "thrown clear") and did not survive. People, if you are traveling over 35mph, WEAR YOUR SEAT BELTS!

Short Summary of My Situation

On March 31, 2008 I was diagnosed with bladder cancer. As a non-smoker, at my age, with no family history of cancer on either side, I was quite surprised. The cancer was T1-G3 and Non-Invasive. It's not immediately life threatening, but my bladder is still at risk. I have been CANCER FREE via surgery for 11 years now, an important number - having exceeded both the two year ultra-high-risk and 10 year medium-risk recurrence periods. Less than 2% chance of the cancer returning now, not zero, so lifetime annual cystoscopies are in order. In addition I have completed 6 weekly treatments of initial BCG immunotherapy and seven 3-week maintenance rounds with moderately unpleasant side-effects. I have implemented radical dietary changes (limited pork, shellfish, sugar, ZERO artificial sweeteners (except stevia), processed flours, or chlorinated water), take several vitamins and supplements including the Budwig Flax Oil Cottage Cheese (FOCC) mix, resumed PectaSol-C MCP,and added regular light exercise.

In mid-2020, the doctor will again visually inspect for new cancer growth via cystoscope. While the probability of recurrence is not zero, the risk of disease progression is dramatically decreased now. The downside picture is merely a nuisance. Annual cystoscopy checkups for life. And any new cancer leads to another TURBT surgery to remove and analyze what's there. Probably nothing more beyond increased surveillance after that.

I have pursued an analytical approach to Complementary Therapies - those that can be done IN ADDITION TO what the doctors are doing. There are over 200 "unproven" approaches out there, and some work sometimes. I have conducted an objective, systems-based analysis many of them to determine which ones work under which conditions, looking for common, science-based threads. My current set of things I am doing is described in detail in this post.
All diagnosis, prognosis, and medical treatment recommendations have been validated with second opinions from a urologist in Indiana and Dr. Lamm in Arizona.

Steve Kelley
Midwest - Central Time Zone, United States
I am a great fan of life and doing something useful with the limited time we have on this earth. I enjoy my church, my home life, my retirement, and owning my own consumer products business. My hobbies include sport-touring on my Honda ST1300 motorcycle, and consuming fine food and wine (both at home and dining out).

I was born in 1959, and I am a white, male, American. I married at age 24, and in October of 2008 we celebrated our 25th anniversary. We have no children, and that's OK with us. I had a vasectomy in 1999, so no changing minds on that decision - and the docs dismissed that early as any type of contributor to the situation.

My blood pressure (checked and tracked weekly) runs a hair high - 130/90. Been steady at that level for many years. Been higher lately - stress will do that.

I don't smoke, and never have smoked anything, including marijuana. The docs had some problem believing me, as smoking is a strong indicator for bladder cancer. I tried asking if I should take it up now to break even, and they finally let it go. I find the whole idea of smoking distasteful, having suffered in a home where both parents favored unfiltered Pall Malls. The docs claim that secondhand smoke at home from birth through my high school years would not be a factor.

They also suggest that exposure to radiation and chemicals can cause this. I worked in a chem lab at college and there was stuff around; but my exposure was not that much and I never rubbed my groin on any of it!

I do enjoy an occasional alcoholic drink - usually a couple of glasses of wine with dinner or maybe a beer or two with pizza or during a televised sporting event. My use is less than daily and almost never more than two in any day.

I was diagnosed with gout in 2004. Gout is a crystallization of uric acid in the joints - primarily in the left big toe. These crystals cause irritation and inflammation - then BIG TIME PAIN. Gout supposedly comes from eating rich foods and poor circulation. I may also have a recessive gene for gluten sensitivity which may have contributed; but I have not as yet investigated this. I controlled the gout successfully for a while by super-hydrating (one gallon plus of fluids per day) but 4 international trips proved that I could not maintain or control this outside of home and an air-conditioned office. So in 2006 I began taking 75mg of allopurinol daily. This is also NOT a factor for bladder cancer. Subsequently I changed my diet and lifestyle and lost a lot of weight. Now I am not taking any medication for gout, nor have I had an episode in many years.

Get Blog Updates via E-Mail: